5G Holds the Potential to Disrupt Everything

THE 5G BROADBAND NETWORK IS 100 TIMES FASTER THAN 4G BUT THAT'S NOT WHAT MAKES IT REVOLUTIONARY.

By itself, 5G (fifth generation) is the natural progression of the broadband network. When 4G cellular service was introduced in 2010, it brought the fastest wireless speeds commercially available. 5G is 100 times faster and can support diverse requirements for latency, throughput, capacity and availability. However, it’s much more than being able to download your movie faster.

5G will overlay the entire economy and holds the potential to disrupt everything. 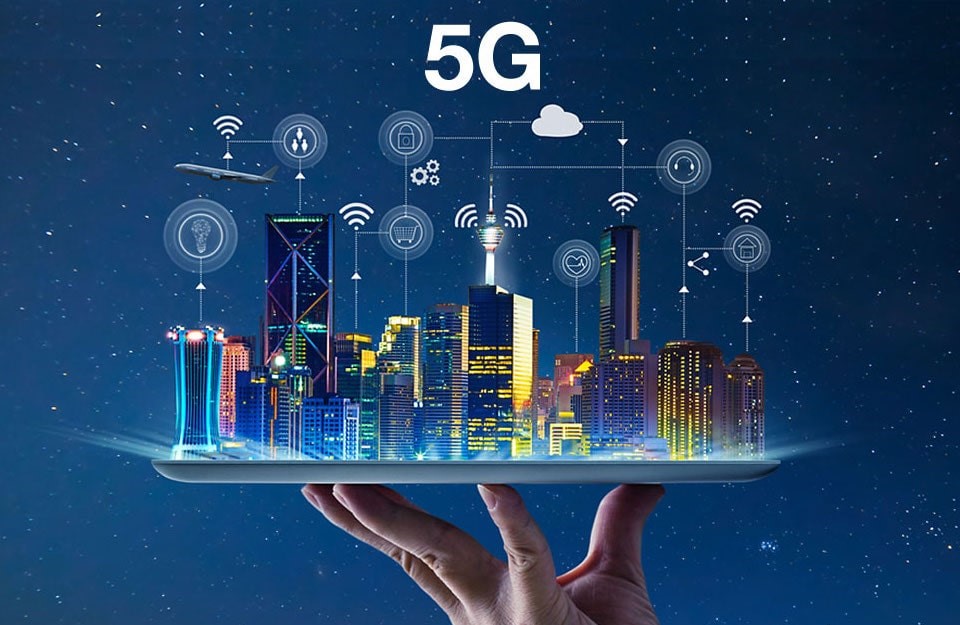 In health care, 5G will help with the faster transfer of large patient files, real-time analysis of patients’ medical data, remote surgery, patient monitoring via IoT devices, and enable the capture and sharing of data for personalized medicine.

In transportation, self-driving vehicles will be able to communicate with each other and confine traffic congestion using the 5G network. Intelligent traffic systems will be used by first responders, such as a connected ambulance, to reduce transportation times and provide hospitals real-time data before arrival.

In utilities, smart grids connected by 5G will reduce power consumption and decentralize services. A cities power grid will be broken down into micro-grids allowing for consumers to capture their energy (such as solar) and sell it to the grid or a neighbour and have the ability to store it for later consumption. If a power outage occurs, smart grids will minimize the affected area.

In security, the most significant risk of our current centralized system is not stealing people’s information but shutting down a whole country. Decentralization through 5G and blockchain promises to reduce data breaches and authenticate records reducing the scale of any potential threats.

These examples just scratch the surface of 5G's potential - the possibilities are endless!

5G is in its infancy as networks are built, and applications are discovered. There will be both winners and losers in the 5G race; not all companies are created equal. There is also a political layer to investment; countries are being pressured to pick sides based on who’s technology they utilize for their networks.

Scaling the 5G project is ambitious, requiring multiple new technologies and a fundamental change across existing network architecture. It’s a move from centralized towers to decentralized networks of radiofrequency antennas. BIS Research forecasts the global 5G-infrastructure market to grow by more than $42 billion by 2025.

IHS Markit’s research sees the full global economic impact of 5G being felt in 2035, with around $12.3 trillion worth of goods and services estimated to be enabled by 5G networks. About 22 million jobs tied to 5G will be created, and the network will add a staggering $3 trillion to global gross domestic product.

Sandstone is investing in 5G through engineering services (Jacobs Eng) for the required infrastructure and design and testing of sensor technology (Keysight Tech). We prefer the “picks and shovels” approach behind the 5G network where early revenues will be captured.

The new network will enable companies to respond quickly and generate customized value add products by unlocking big data. Your data will finally become a value add to you!

The multi-trillion-dollar global buildout of 5G is one of the most significant infrastructure projects ever and is critical in the technology race of the 21st century. It is the key enabling technology in the competition for digital supremacy, as it will connect virtually all next-generation applications, including AI, Blockchain, Augmented Reality, Quantum Computing, among others.

5G is the enabler!