A refreshing opportunity to hear some non-North American perspectives.

September 2019 marked the 26th annual CLSA Investor’s Forum in Hong Kong – an event that we have been attending for years.  Of note, a couple of our past CONNECTS speakers (Ian Goldin and Frank Luntz) were keynote presenters this year.

For us, this event is a refreshing opportunity to hear some non-North American perspectives.

Throughout the week, there was much debate surrounding Democracy vs. Autocracy and its effect on living standards throughout the world.  Since 2003, the standard of living of China, Russia and Vietnam has far surpassed those of the Advanced Economies, which have remained relatively flat.

And while democracy is very good at absorbing shocks, it acts as a barrier when trying to get things done. 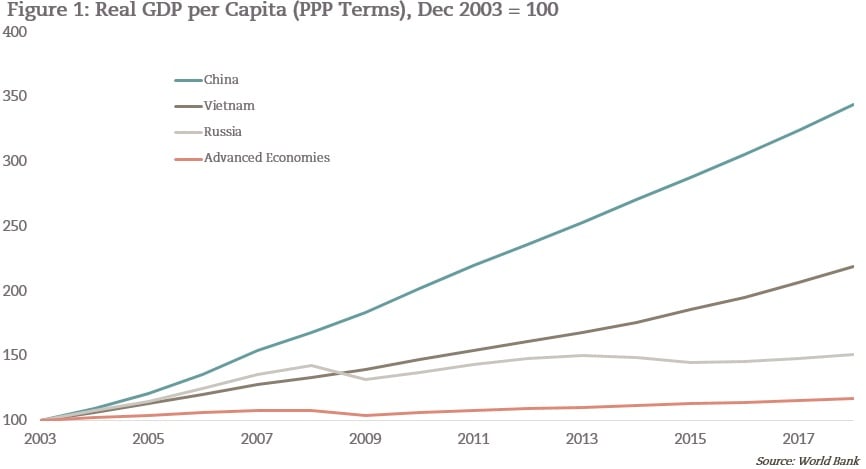 According to the International Monetary Fund (IMF), there were 101 middle-income countries in 1960.  By 2014, only 16 of those 101 had progressed into high-income.  Interestingly, eight countries came from Europe and were all beneficiaries from being newly included members of the European Union (EU). Within Asia, five countries made the transition.  In studying the evolution of South Korea, Taiwan and Singapore, the IMF came up with several common traits:

So, what is the importance of highlighting these three countries and their drivers of growth?

Because this is exactly what China is doing now.

And with that, the discussion turned to the Chinese consumer.

From a technological standpoint, think about the opportunities this presents.  Not only does China have the highest number of potential internet users, but that market remains severely underpenetrated. 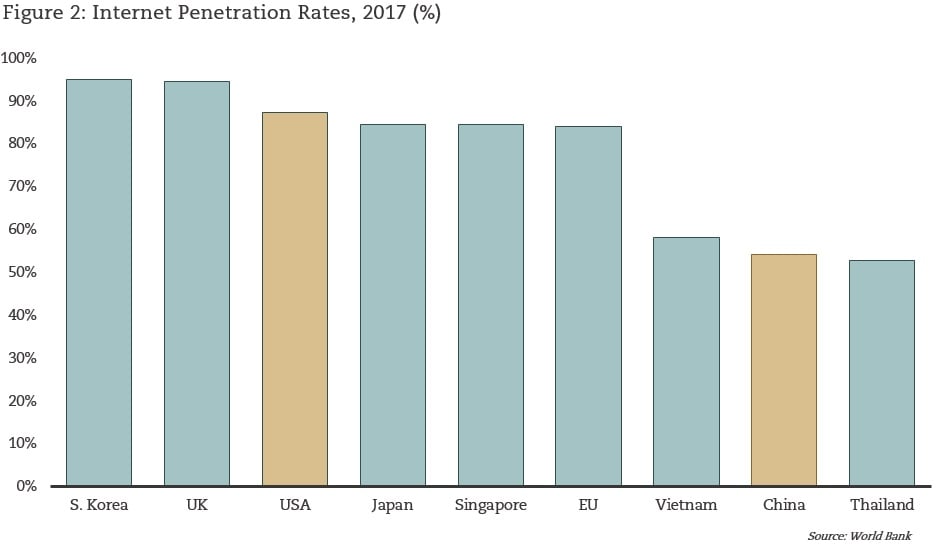 David Roche, head of Research and Global Strategist at Morgan Stanley until 1994 and now independent is one of Sandstone’s favourite nonpartisan thinkers, argued that China could potentially add 10% to GDP by simply reaching an internet penetration rate of approximately 80% to that of the US.

The people are there; it’s only a matter of time before internet access reaches them.

Not to mention, despite being underpenetrated, China is already the runaway leader in e-commerce. 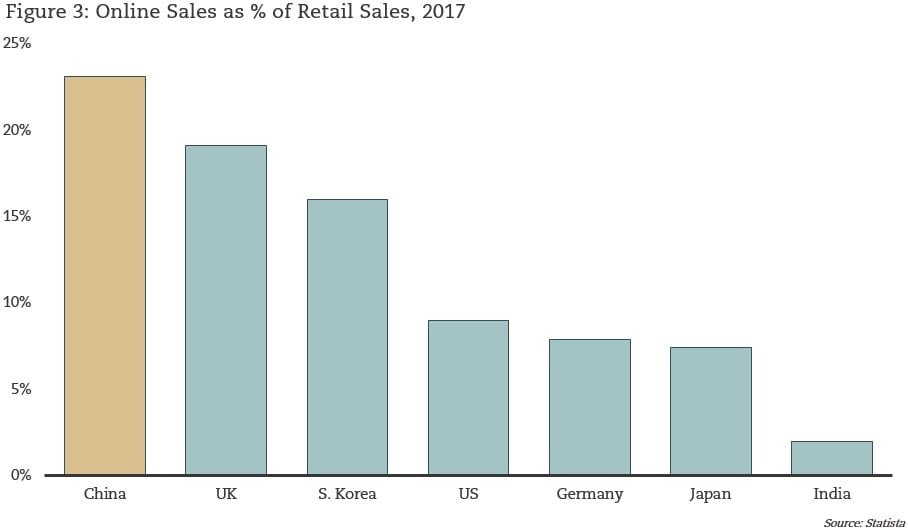 Lastly, given the current state of affairs, trade was inevitably a topic of conversation.  More specifically, as globalization continues to be threatened, China has shifted its focus on becoming less reliant on US trade and investing further on creating internal supply chains.  On the surface, it would appear that we are well on our way to an unpleasant divide between the world’s two biggest economies.  A western world of protectionism propelled by the US and a connected eastern world committed to globalization (Asia/Africa/Europe) spearheaded by China.

After a long week listening to a variety of independent experts - business, academic and political - two thoughts emerged.

Only time will tell.

One thing we do agree with is that “the solutions won’t come from nationalism, protectionism or better global governance, but instead from a better understanding of the complexities of our ever-changing world and an efficient application of our collective capabilities.”  Ian Goldin

“The solutions won’t come from nationalism, protectionism or better global governance, but instead from a better understanding of the complexities of our ever-changing world and an efficient application of our collective capabilities.”